At school she was always the wild one, she  would have mischief by the score but as time wore on and several partners wore off Lena decided to have more time to herself and was out of the nightclub scene for some time. Having seen her reappear one chance meeting we decided it would be time to renew some nights of fun and intoxication like old times. However after we got talking I was surprised to find she was engaged and getting married within the month. She also inquired if I would seek out on her behalf all our old clubber gang for an all girl hen party in Letterkenny before the big day. 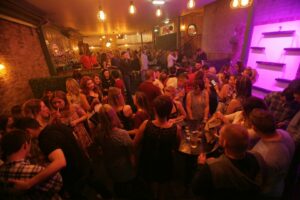 After a get together we decided to hire a minbus and get our friends together for one of our favorite night clubbing places LetterKenny. LetterKenny afforded some of the richest range of nightclub venues as much as any town in Northern Ireland or Donegal. We knew we would be partying straight through the night and our agreed aim was to avoid bars and only live fast by having a nightclub crawl tour of the whole town.

The evening started on the minibus and we arrived at Letterkenny and poured out of the vehicle and headed for the voodoo nightclub. We knew the voodoo nightclub was opened early at 9.30 so as it opened early, we decided that we would go for that spot. This seemed a classic haunt for a hen do and we were glad we got there without our hen night crew veering off course from the hen night schedule. At this time there was very few people and the night was only beginning. We decided to start drinking at this time and we were very eager. It had been a long wait in the day and we were very keen to get started.  The nightclub itself had a decent size dancefloor and had an overhaul in décor at the time we picked our hen night. We then started on coctails which were abundant and elegantly presented. The barmen apparently had some expertise in this field. For the next hour we nattered our way until tipsiness started to have its effect. The hen party was on its way. 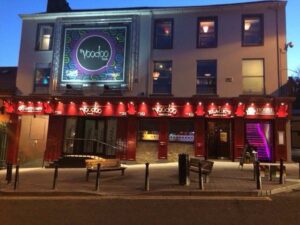 At that point we decided we should keep to our commitment to a nightclub crawl and head for our next destination, The Pulse nightclub. Here was a place that catered to all night time eventualities. The place included a living room which was basically a chill out spot, it also included a reserve lounge which was sumptuously furnished and provided a private feeling for any gathering. It also hosted a an area they called the secret garden which also contained a small pizzeria for hungry revellers. We spent an hour here dancing and drinking for the next hour or so. This place was definitely worth a visit for a hen night. 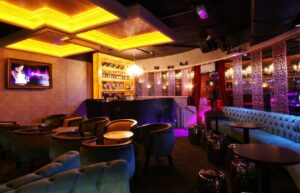 Keeping to our schedule we decided our next stop would be a favourite spot on many a revelers map  a place known as Sister Serious.  This was a three story nightclub area with bars on each level. The dancefloor was in the lower tier known as the basement. Apart from the dancefloor there was a traditional feel to the décor but we hardly noticed as the crowd at this time of the night had fully bloomed and drink made us woozy. Here we went further into oblivion drinking dancing and partying our way throughout the night. This hen party had blossomed to a fully pleasurable party animal experience. 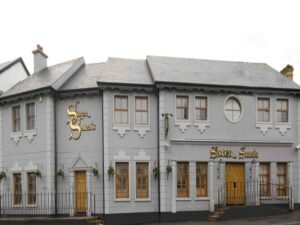