Melanie always had many friends and the odd man in her life. However she was one who always had to take care of her career first as she thought she could not rely on a man and his income without having her own. This was a sensible approach which sustained her security and made sure whatever happened financially she would have few troubles. It was a decision which left her working hard with very little emotional support her life and found herself at a time in her mid thirties with the clock ticking and wanting a significant other and specifically her own children in her life. Being one who was independent, she had taken the bull by the horns and visited dating sights of sound repute to find a partner. This went on for two tears until she finally arrived with great relief and pleasure at the much sought after engagement ring. This done, now it was time for myself and others to meet and have a fling at the inevitable celebratory hen night package. Such an event should be held in Derry.

At this hen event it was decided that we would start with a meal in a restaurant bar. This restaurant bar meal would be a place called Ramada Da Vincis Hotel bar off Culmore Rd in Derry. This place was chosen by our group as Melanie needed hen party friends that were located around the globe in far flung regions requiring flights and a good hotel for accommodation. After all were settled in, unpacked and initially greeted, we congregated around the hotel table and gabbed incessantly in the spirit of women who had known each other for a lifetime and wanted to know all in a minute. We had decided to eat light as tonight there would be plenty of refreshments to ensure we would not be hunger or indeed thirsty. After the dining and having the first relaxing drink of the night the hen party decided to continue to another place to fully start the evening as a special night out. 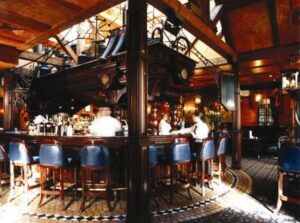 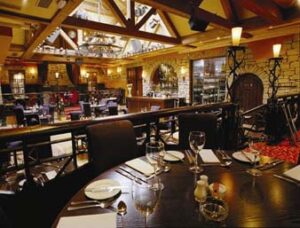 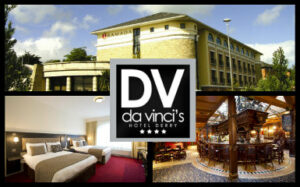 It was around nine when we arrived at the city ready for a new adventure. Melanie had been away from Derry for too long and was not acquainted with which places were suitable for a hen night or any other form of socializing. A location in Londonderry city which was especially advocated for a good time and agreed with an older clientele was the establishment called Café Roc on the Strand Road. We went in and were greeted by a suitable over 25 year old crowd and decided to find a cubical and gather around it until the nightclub started. After chatting and drinking the night gathered steam and as it did so we entered into high spirits and the hen night was in full swing. The informal atmosphere of the nightclub allowed us to let our hair down and relax to really enjoy the hen night. At a certain point, although the place was great and a fun place to be, we wanted a more thorough nightclub experience with nightclub lighting and a full dance floor. So one of us suggested a nightclub that had been recently renovated and proved a popular opening and it could be a place where we could go to celebrate the hen party. 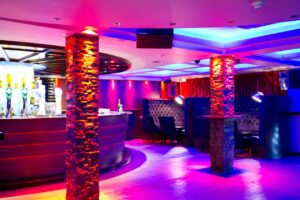 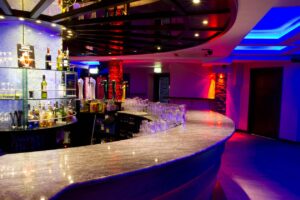 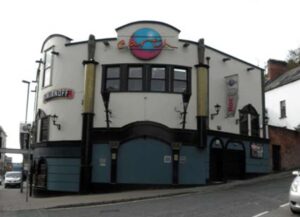 The locale recommended by our party was a place called The Venue 2.0 on Northland Road. We grabbed two taxis to promptly transport the hen crew to this place and made our way in. This was an establishment populated by the young and at that time of night was in full swing. As load music drowned out conversation, this left us without any opportunity to do anything else but dance and drink ourselves silly well into the night. Although it was a younger crowd this place suited ourselves as everyone was appropriately dressed for weekend partying and our crew had dolled themselves enough to look good for a special night. A hen party should be as special as it comes. As with any good nightclub it had plenty of flashing lights and glittering decor to make for a dynamic vibrant nightclub experience. The renovation was a good job. 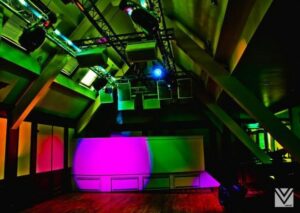 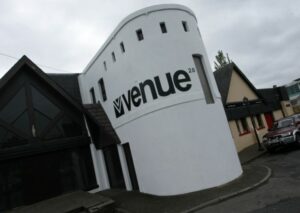 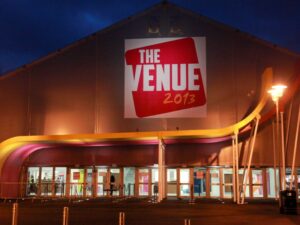 We decided it was all taking its toll on us as our energy level subsided. It was then we agreed that we would head back to the hotel. One reason why we picked the Da Vinci Hotel in Londonderry to stay was because of the existence of a nightclub within the hotel. This made it very convenient for us to finish off the night. The Hotel nightclub was called the spirit bar and here we arrived and danced the remaining hours. Laughing, chatting and drinking our way to finish off a fabulous lovely Hen night.