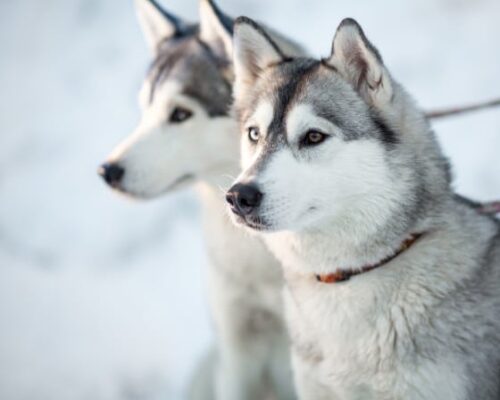 This is one of the most unique activities Adventure Tours NI has on offer! Husky Trekking is usually reserved for countries of colder climes however we can bring you this fantastic experience, right here in Northern Ireland!

Enjoy breathtaking views along scenic mountainous routes whilst being pulled along by a team of husky dogs. Gary Lineker has even joined us to try out this superb activity when he was filming for Northern Exposure on BBC One.

After you are given a short brief and meet the dogs, you will be strapped into your specialized husky buggy and set off at speed through some of the most beautiful mountain trails in Ireland.