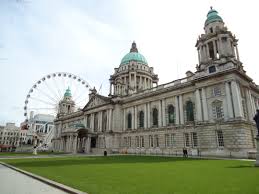 So there it was. Left on a visa for a year in Australia. Now he’s back  what does he have to show for himself besides a suntan and some brass in pocket? Yes, a girlfriend that is more than a girlfriend, a fiance and a wedding date set for next month. This was frightening news from a man so young in his mid twenties was to lose something as adventurous in life as singlehood and stay with someone for the rest of his life. Well needless to say that the main participation by his old mates in the event of this impending drama is of course, the stag night. So to make it special and lavish we decided to put a fund together for a night in a city. A city that would allow complete anonymity by virtue of its sizable population. That city was Belfast. Here we decided we needed deep pockets for the expenditure of bars and nightclubs in a revelers trawl that would leave a legendary stag night remembrance among the friends of Henry , the soon to be hitched man.

The Apartment After reaching Northern Ireland’s capital city, we were fired up, hyper to get the party evening started with breaking out the booze. So we went to a plush bar called the apartment. An opulently decorated watering hole placed conveniently smack dead in the centre of town on Donegal Square. The atmosphere was certainly shirt or smart casual and since this was Henrys last stand we had our best duds on. For a stag we had to keep it down slightly. The Apartment had  bouncer staff and  a door policy. However since it was only 8:00 pm the party had just begun. We chugged down our first pint or two before we decided to change venue. An hour later we had our dutch courage. 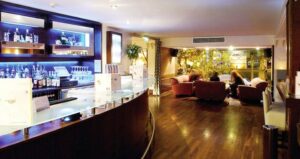 We decided we would just stick to nightclubs as some of us were dressed for pull so we had heard of a nightclub which opened after 9:00pm called El Divino on Laganbank Road. This would have been a hell of a trek to get to so we piled into taxis and headed for this recently opened nightclub. When we got there we were very impressed the place was fully complimentary to all party going needs. It had  three floors and four rooms with balconys and terraces overlooking the river. The night was young and the music not so loud so some of our party started introducing themselves to a small group of girls. We downed a few drinks and had a laugh together with Henry and caught up with his recent adventure in Australia and chatted about old times. After we decided it would be better to keep near to the city centre and ordered taxis back into the city. 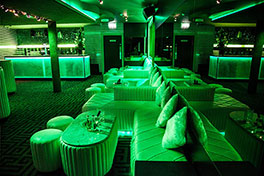 When we got back into the city centre there was a place we had been informed was a good spot to visit known as the Botanic Inn on the Malone Road. Admission was cheap and inside the club the place was reeling with party goers. This was definitely the place where we could be in our element as a stag party. It seemed a great place to hold a stag do as the dress was more informal. The atmosphere was lively around this time of night. We talked to each other by shouting as the drinking and partying was at its height. At the time one of our gang was seen getting rather feely with one woman as alcohol pushed her into losing inhibition. The stag do was at its crescendo but some of us were wanting more we decided to split up the crew. Some stayed at the Botanic were they fancied there chances while the rest of us wanted a change of venue. 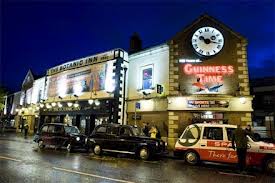 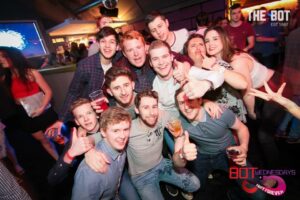 We agreed beforehand we would check out a new nightclub that had opened recently on Bradbury Place in the city. This night club was definitely an upmarket affair and strict dress code was in force. We knew we were there to spend well and live it large so we entered the heavily bouncered haunt. For a stag do the night was in full swing and we agreed to take the raucous behaviour down a peg or to and mellow the tone. The place was definitely a plush affair with two storeys and attached smoking terraces. After one or two drinks we decided to end the night and head for a hotel and just simply crash. Web were knackered and we all agreed we had a good stag night and as a party event it had ran its course. Henry was well oiled and his last day of freedom passed in an oblivion of party. I doubted he would remember much of it.