So eventually it came to the last spot of bother he’ll ever get involved in. Terry had shown finally himself unsatisfied with the unruly vagaries of single life. Tonight would be the last time out with his mates and as the going was good his wife to be had her hands full and was staying with her own family in Newry. While the cats away would be the appropriate saying when Terry and the gang would paint the town red in the have their stag night package in the good city of Derry in Northern Ireland. We had visited this axis of revelry and partying before. We all knew how to have a good time here and this proved the best excuse for grown men to appropriately misbehave all into the late hours of the night. We were a young bunch and ready or not our stag party would rule this town with wild merrymaking.

The first place our stag night hit was Sandinos around 9 O clock.  Here we would get a few jars in before tackling the resident nightclub Known as club Havana. We were all dressed to the nines and ready for a heavy stag do. The first two pints of the night washed our throats fast and we were relaxed enough to talk over what had been going on the last time we met. Once we had enough we decided to enter the nightclub. The place was already getting going as it was a stag weekend and Sandinos on Water Street was already seen as a very popular staple party diet for young clubbers in Londonderry.  As it was so near the waterfront and the waterfront was so close to the city it was a favorite haunt of so many students and young people all wanting that weekend party spirit. The atmosphere as you would expect was loud and high energy. The female talent was excellent the night we visited and it was very much a place were girls would outdo each other in dress and appearance.  We wanted a nightclub crawl so we left the place for a change of scenery. 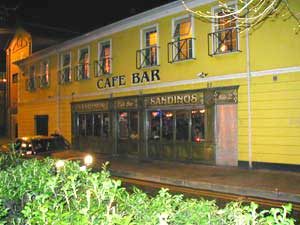 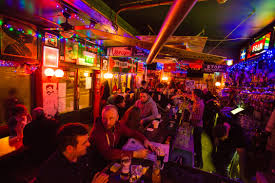 So it was around 11:30 when are gang charged to Bank Place in the town center to venture into one of the most must go to night spots, The metro Bar. This place was a more like a sports bar by day that converted itself to a night club during the latest hours. When we got there the party was going strong and it bode well for a full blown stag party. The boozing got well under way and a chance to make a traditional stag night idiot of yourself. The plan was that at some point we would have had enough of mingling with each other that at this point we would try for the slim chance of pulling. Shouting as a form of amorous communication has its problems.  This effort of befriending the opposite sex was severely hampered by the thumping of loud music but one of our unattached crew was grind dancing with a well oiled newly acquired female companion. The atmosphere was very lively indeed and this stag do was on a roll. However we wanted to brave another club before the night ended so we exited the Metro bar and into the fresh air of the street. 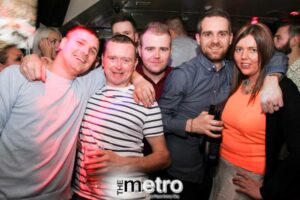 I had been advised of a place which had been very well recommended by others as a place full of young talent where it is frequented by weekend party goers as a mainstay nightclub for all those in the club scene. This place was The Sugar Night Club on Shipquay St. It was a stones throw from the Metro Bar so it was a natural choice for a stag do nightclub circuit. It was a fast paced high energy club where women put on their best party dresses and makeup to make the most of their night. It was an atmosphere of heavy laughter and high spirits as people needed a fun weekend to chase away the normal grind of the working week and let off steam. It was in this place more members of our gang managed to pull as the girls were having so much fun. Thus ended our stag party and we would do the same venues again if one of our number decided to get hitched. 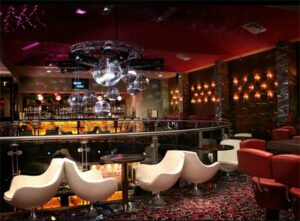