Frank was man who played his hand close to his chest. Career changes, new apartment, home, new girlfriends were always never disclosed even to his best mates. So when I had an inkling that around this time of his life, early thirties and his present steady woman Paula were together for a longer period than his usual throughput of significant others I then asked him when the big day was. This was without knowing anything about a wedding in the pipeline, but you had sneak it out of him. He unwittingly let it drop, spouted the the date and place. That was then but the main issue of all his friends was not one the big day but rather the biggest day, the stag night. The idea was to go where none had visited before. A place where none had grown up or had any past ties or roots. As far as a stag do is concerned anonymity is the key for a time of full freedom and raucous intense bad behavior when no one you know could monitor you or report scandalous alcoholic misdeeds. The stag night was to be held here in Northern Ireland and it was a challenge to find place where none of us were known. So over the weekend, with a pin and a map we decided our destination of mass self destruction and revelry was the land of carnal promise Magherafelt. The first stop we decided was a place frequented as a party mainstay of the town called Bryson’s Bar on the junction between Union Road and garden street.

We decided to change the atmosphere as staying in one bar seemed to limit our needs for hedonist adventures. So we set off for further stag party quests at an establishment called Mary’s bar on market street. This establishment was more spacious and although its decor wood furnished in a traditional style this was a very lively watering hole indeed. The rule of catering to the girls first then get more punters was in force here. The girly lure of a cost effective cocktail spread of great variety was laid on for eager thirst quenching maidens. Entertainment gigs ranged from traditional bands to nightclub DJs depending on which night of the week. This is the usual convention for bars in Northern Ireland these days.

One of the team started to get increasingly involved a brunette which no doubt decided on him being her next drinks meal ticket victim. We left them to it chances are he’d be the sadder for it. During an event like a stag do one must stay focused on not completely losing any idea of your surroundings or wallet.

As one of our crew was gleefully stepping towards his committal doom it was mutually agreed that this last night of freedom should be spent on intense pleasure seeking euphoria at a nightclub where loud music drowned any necessity for communication greater than ape like grunting or shouting. Of all events, a stag do would demand a state of personal abandonment. We finally decided to head to the Sense nightclub as our final destination for revelry, fun and reckless vanity. Here the crowd was very young, late teens, early twenties. All in a seriously determined party mood where if they did not have a minimum of eight pints it wouldn’t be a good night. 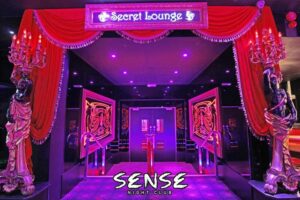 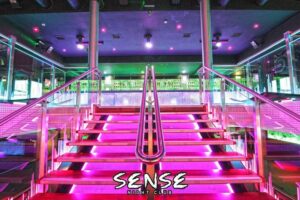 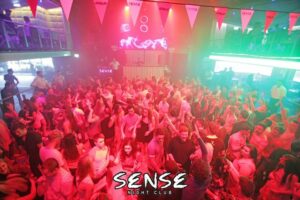 We stayed among’st ourselves and tried not get involved with this very young clientele. Nevertheless this nightclub housed two stories of dancing, drinking fun seeking people in a very spacious lit floor. The place is constantly driven by DJ’s motoring party goers to a frenzy. After One O clock we quit the club and headed home with our designated drivers to end this misspent but thoroughly enjoyable adventure. This was one big disadvantage of adhoc planning a better solution would have been to acquire stag party packages from Adventure Tours NI to gather a more appropriate choice of venues and iron out any hitches or problems one cant foresee with an off the cuff arrangement. All in all stag dos are a rare event and party package planning would be an advisable choice to consider for such an occasion.