We had good times together but I never thought he would have considered me numbered as one of his friends to invite to his Stag Party. Then again Martin was far from his native Belfast and as he and his girlfriend were as eager as anything to tie the knot and were heading towards it like a runaway train I was available as any. I knew Martin mostly as a workmate and I suppose few were free to make it to the stag night. So his wife Anne was madly in with him as he was and it would take a miracle to stop this inevitable and speedy union. That said this was his big night of premarital celebration and as we kept each others spirits well at work it would only be fitting to attend. Our night was going to be a trip through Newrys night life that would live in a persons lifetime memory. 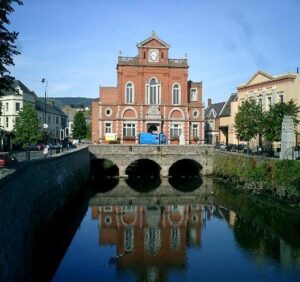 So our first destination was to be a bar as we were starting no later than around eight to kick off the stag do. This place of alcoholic merriment was a bar known as Mc Swiggans on Newry Street. As this was a weekend there was a fair crowd in so we didn’t feel watched over and the informal bar atmosphere tolerated a descent level of boisterousness and high spirits. This was good for a stag do as yarns and gags rolled into laughter around our present company. The place was traditionally furnished and its casual surroundings left the punters at ease to enjoy a good night. We decided for a two hour session here before we left to start clubbing so a few jars went down nicely before we left.

We hit the street around eleven and we set for a spot that had great reviews as a night club. This was the B.E.D nightclub on Francis Street. This place used to be known as the relic a few years back. A dreadful name for a nightclub but in the last few years it has had a massive renovation and now it is the main stay nightclub to attend for all young people in Newry or anyone visiting Newry and is an excellent place for a Stag Party when you want to lose yourself in a frenzied party mad crowd. The place is hosted by touring DJs, stage acts and the odd medium level celebrity. As a nightclub it had all the lighting and trimmings required for a heady night. We had a few more beers in and then decided for a change of venue. Martin was well on his way and a breath of fresh air may help maintain his balance as an alcoholic laden swagger was tempering his gait. This stag night was making a less than responsible person of this soon to be family man. 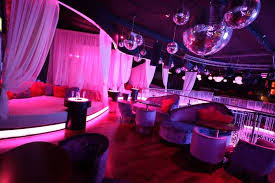 We headed out into the night and we decided there was one place we had to visit. This was Newrys’ premiere night spot, the Bank night club on Trevor Hill. This place was a magnet for all young people around Armagh county. It has the best lighting and sound equipment and is everything you want from a night club. Moreover it has its own Aztec inspired beer garden and is a place ready for a full on charge of a ready stag night. We shuffled our way with the crowd and bathed in an atmosphere of alcoholic delirium. The night had run its course and it ended when Martin had to be carried away by his company. The stag do was too much for him I doubt if he would remember much of it.