Well I haven’t seen her for such a long time but questioned whether this would ever happen. Although Katie had been with the same boyfriend for many years I wondered if it would happen at all. The man it seemed gave his cold feet routine and I thought maybe this would fizzle out like so many long term non committals. We received the news with great delight and we all decided the big wonderful hen night was to be held in the place we were reared Omagh town in Northern Ireland. Everyone involved secured their schedules for the upcoming hen weekend.  When we were teens it would be the typical to tear out for party every Friday night and we held together in the same team myself, Katie, Sophie, Lauren, Patricia and a few others to add to our number and this raving ceremony would carry through to college and university years. Now as it happened many years later we were all very excited about doing the same thing. All itching to delight ourselves in the bliss of party and hen do magic. 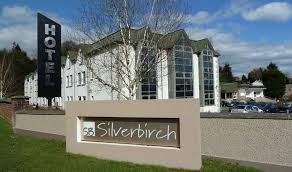 We decided that to start off the night we would head out to an upmarket retreat known as The Silver Birch Hotel an appropriate place for a hen party package. This was the initial get together where we stocked up on food and wine as well as a heavy dose of garrulous, incestuous chatter and pour over hellos,hugs and greetings  as we welcomed each other for the start of the nights revelry. The Silver Birch was a place that was very spacious and clean, its staff gave a first class service. The meals where adequate and passed the standards of most hotel catering but then we were meals were not a priority and considered it superfluous when enjoying a hen party. The atmosphere was formal and would have been a great place for a marriage reception or similar events. I simply chewed on a salad and eased down a glass of wine to assist the need for gossip and laughter.

After this we decided to grab a taxi and embark on the nights entertainment in the town center and the next harbour of the party ship we agreed was Sally O’Briens in John Street. Sally O’Briens was our old haunt when in our late teens and early twenties we would be there almost every friday night getting hammered as lushes to drown out the tensions and moods of growing up. Tonight we decided to relive these nights and head there for the same bout of booze abetted merry making in store for our hen party. 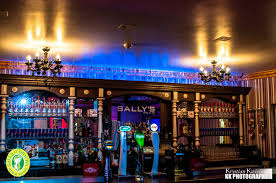 Situated within the town center, Sally OBrien is a place that has the whole service the bar, the restaurant, the night club and an extensive enclosed open air smoking area where it is as pleasant for a non smoking patron with pleasant surroundings as well as table and chair seating facilities. On a friday the crowd is very young as this would be the night of the week for club opening. On almost every other night it has gigs, bands other assorted line up and thoroughly suitable as an addition to a hen package holiday. There was a mutual consent to draw copious amount of wine and other assorted beverages as this was the hen night in full swing. The staff were excellent and flirtatious exchanges were shared between our boisterous gaggle and customers. Such unbecoming behaviour suitable for a hen night. 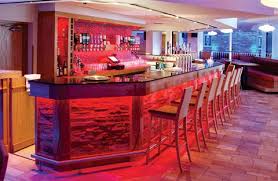 As the evening wore on to around eleven we decided we would attend a night club to finalise the hen event. We had heard of a nightclub that had opened since we left Omagh and parted or ways. This nightclub was called Mantis and was situated in Main Street of Omagh. Main Street is a multi-venue and commercial area. It contains a bar and restaurant called the Rue as well as the Mantis nightclub. The fact that the place is located smack dead in the center of the town makes it a one of the most popular and convenient entertainment site in Omagh. So at the door of the  Mantis nightclub we found the entry fee very reasonable, Inside was a gathering crowd of young people ready for a night of drinking and dancing. At one end of the nightclub there was an a very imposing and  inviting chandeliered bar ready to serve us the thrill of more glorious drinks as chatter and laughter subsided in the presence of loud music and feverish dancing. This carried on until the night ended and we parted our ways fully satiated with the nocturnal offering and well pleased we had made the most of Katies big fat hen night. 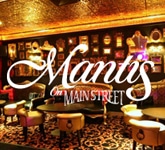