She was the person we said would be last to get hitched as our early memories were laced with her yearnings to see the world and her restless spirit ached to travel on roads far flung from her native Dungannon.  It was less waiting to exhale and more a case just taken her first breath when at the age of 23 Lorna had chosen yes to her beau and ready to set sail with bliss or strife on marriage sea. Our night together would not be the last as we knew our friendships would carry on till our hearts could no longer beat . Tonight was hen night and the magic of fun, laughter, drinking and dancing as Lornas female friends, family and work mates would pour onto our home town of Dungannon.

The strategy of wailing like cats throughout the night began with reaching McAleers bar on Dunaghmore Road. The decor was different as it was more suited to a continental cocktail venue rather than a typical pub but I felt this made customers more adventurous as the decor lended a more novel atmosphere than a local bar. Another aspect made the place more interesting was a large windowed ceiling giving the impression of a glorified conservatory and an extensive open air bar facility which the proprietors named the Zanzibar which also gave the customer a feeling of being away from home on a mediteranean holiday rather than the usual weekend watering hole. This was a fantastic start to a girls night out as the evenings first highly anticipated drinks greased the wheels of rising incessant chatter and promised further  fun and adventure.  We knew there was a nightclub upstairs at McAleers but as it was still too early and the night had hardly started we decided to explore elsewhere for any opportunity Dungannon might have to offer. 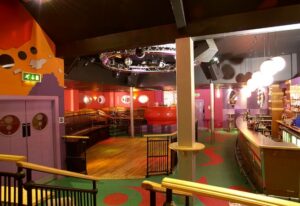 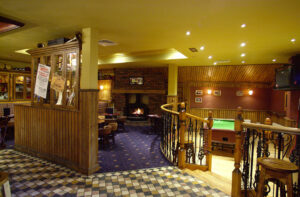 So we ventured to a recommended spot on Perry street called Hallidays bar. This place had a more traditional feel and we felt at a loss as it didn’t seem suitable for a Hen party. At that time of day the crowd seemed quite subdued and the sound of chirping and squealing women on a hen night came across as somewhat intimidating to the clientele who where engaging themselves in a quiet after hours pint. The place was furnished with dark panelled wood and if you wanted a regular pub had excellent service. Mostly attended by male clients was part of its description. We hid away in an alcove there and downed a further drink but new we wound not stay long. One of us suggested a change of venue as we left the bar.

The night was late enough for nightclub hours so we herded to a nightclub we knew would satisfy us and our hen night vigour and this was deliciously dynamic Bar Bella on Irish St. This was a place whose name promised to fulfil any womans’ need to dance and party, so for a hen night in Dungannon a visit was certainly needed. We herded into this place cackling with laughter and buzzing  with energy as launched to the bar to acquire our much desired beverage. The decor was a standard suitably required for a night club and the high energy dance music kept us active though a good part of a lively hen party. However as it was getting on we decided we would check out the nightclub at McAleers bar as it had a good reputation as a dance venue. 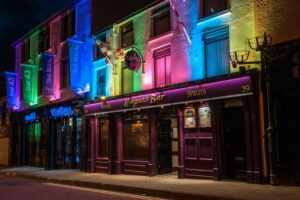 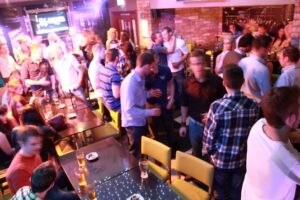 We made it back to Donaghmore Road and headed to the Ivory nightclub. This section had been completely redecorated and had a lavish atmosphere. It seemed a luxurious spot and offered thoroughly pleasant surroundings to dance our way through the hen night. We all agreed the sumptuous interior of this nightclub agreed with this hen party and we wanted to spend the rest of the night dancing and drinking until the end. Once the end came we thankfully secured a temporary sleepover at Lornas house. The night had taken its toll on us but I secured my place as one Lornas bridesmaids. Dungannon give a fantastic farewell to her last night of freedom and thus ended our wonderful hen party. 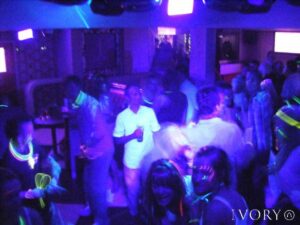 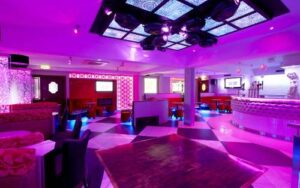